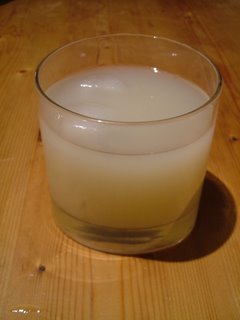 The house is still full of Christmas food. There’s a profusion of citrus fruits and spices, along with the multitude of empty soft drink bottles (my in-laws don’t drink alcohol, but they drink fizzy drinks by the gallon). Time to make some ginger beer.

Ginger beer is another old-fashioned English recipe from the 1700s, fermented with yeast. (Teetotalers shouldn’t be worried about this; yes, there’s fermentation, but the finished product is only about as alcoholic as bread dough.) The method I’m using is a quicker one than that in the traditional recipe, where you’d be feeding a ginger beer ‘plant’ (a yeast culture) with sugar for a week. Here, the ginger beer is still fermented with yeast, but it’s instant bread yeast from a packet, and the fermenting is done in a couple of days or less, depending on how warm you are able to keep the bottle. 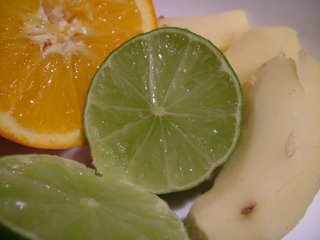 A word of warning. Do not use a glass bottle. Plastic is very helpful here because it can stretch and flex, and when the gases in the drink are produced, the bottle will not shatter under the stress as glass might. 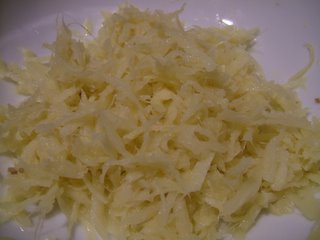 Peel and grate the ginger (use fat pieces if you can find any; they will be jucier) and extract the juice from the fruit. Using a funnel, put the sugar and yeast into the bottle, followed by the ginger and citrus juice. Fill the bottle up to the half-way mark with filtered water and give it a good shake with the lid on until the sugar has dissolved. Top up the bottle with water until there’s about an inch of airspace at the top of the bottle, squeeze this air out and put the lid on as tightly as you can. 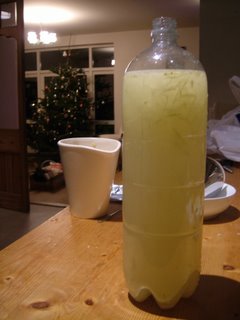 Leave the bottle in a warm place (aim for around body temperature – mine went on top of a radiator cat bed, to mews of disgust from the kittens) for between 24 and 48 hours. You’ll know when it’s done because the bottle will have swollen, and dents where you squeezed the air out will have vanished. The bottle will be hard to the touch. Loosen the lid carefully to let out some of the gas, and screw everything up tightly again. Refrigerate the ginger beer (keep any you don’t drink in the fridge, which will stop further fermentation) and strain through a sieve before drinking.

Those who don’t have piles of citrus and ginger lying around the house and who can’t wait two days for their drink might want to buy some ginger beer instead. Try Fentiman’s for an authentic and very spicy drink.