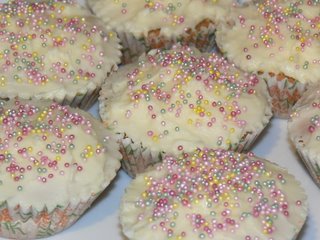 I love currants. The little dried rabbit-dropping things, I mean, not the tart currants that we grow in England, which are all very well in Cumberland sauce and so on, but lack the sweet seductiveness that you really need for an excellent cake. The currants I am talking about are Zante currants, which are tiny, tiny dried grapes grown absurdly sweet in the Greek sunshine. They’re the fruit you’ll find in Eccles cakes, and they have a wonderfully sweet and mildly tangy flavour, quite different from other dried vine fruits.

Horrifyingly, especially if you share my tidy British habit of compartmentalising foods, I discovered when living in France that on mainland Europe nobody differentiates between currants, sultanas and raisins. If it’s small, dark and wrinkly, it’s called a raisin, so if you are in France and want some currants, you’re going to have to do a bit of light mime in the grocer if you want to buy proper, tiny Zante currants rather than horrible giant American golden raisins, which are processed with sulphur and taste rubbish. The golden raisin sometimes masquerades as a sultana in the UK too – beware.

I’ve iced these currant cakes with a really easy buttercream, which is deliciously mellow with the tartness of the dried fruit. To make about 18 cakes, you’ll need:

Preheat the oven to 200° C (400° F). Lay 18 little paper cake cases in bun tins, and beat all the cake ingredients together in a mixing bowl with an electric whisk for two to three minutes, until the cake mixture is pale, smooth and fluffy. Divide the mixture between the cases (they should each be about half-full).

Bake in the hot oven for between 15 and 20 minutes. Devotees of this blog should be familiar with the Dr Weasel Aural Method of cake testing – when your little cakes come out of the oven, bring an ear close to them and listen carefully. If the cake is making tiny prickling noises, it is not ready: return it to the oven for a couple of minutes. As Emily points out in the comments, a finished cake may not be *entirely* silent. Minimal prickling noises are allowed – do not allow your cakes to carbonise.

Put the cakes in their paper cases on a wire rack to cool. While they are cooling, make the buttercream icing by using your electric whisk to beat the butter, water and icing sugar together until it too is pale, smooth and fluffy. Spread the icing on the cakes when they are cold, and decorate any way you like.