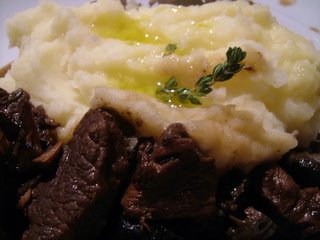 My Dad told me a while ago that he doesn’t enjoy stews and casseroles which use stout as a base; he finds them, he said, bitter. This is an opinion shared by a lot of people, and it’ s such a shame; the only reason the stout casseroles you’ve eaten in the past have been bitter has to do with length of time in the oven. Cooked at a low temperature for several hours, the beer will magically turn into a rich, sweet and glossy sauce, and there won’t be a hint of bitterness. Promise.

The preparation of this dish doesn’t take too long, but you’ll need to leave it in the oven for at least three hours – if making if for lunch, I usually make it the night before, leave it in the fridge overnight and reheat. Like many casseroles, it improves with keeping.

Stout, for those who are only familiar with good old Guinness, is a generic term for a very dark, heavy beer made with roasted malts and barley. You can use any stout; it doesn’t have to be Guinness. Stout has a toasty, dry flavour; buy a couple of cans to drink with the meal. 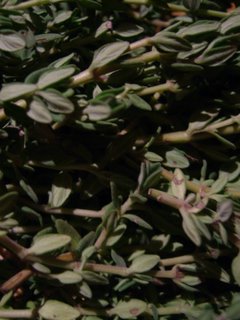 Pickled walnuts are another curiously English thing; walnuts picked before they are ripe and pickled whole in a sweetened vinegar. They’re perfect with sharp English cheeses like cheddar; sweet and tangy, with a lovely nutty aroma. I use Opie’s pickled walnuts; they do look like tiny roast mouse brains (that’s one in the photo at the top, nestling to the right of the meat and kind of indistinguishable from it), but they’re extremely good. Leave them out if you can’t find any (English supermarkets carry them all year round with the other pickles), and add the juice of a lemon and a tablespoon of sugar instead. 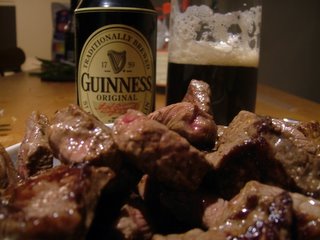 Brown the meat in olive oil in small batches. (In the picture on the right, it’s just been browned. There is only half a glass of Guinness because I have drunk the rest of the can already. Oops.) Use the pan you’ll be cooking the casserole in, over a high flame, and remove the browned meat to a dish. You can really go to town with the browning; you want a good deep brown, almost charred finish to give the flavour depth. When the meat is removed from the pan, add some more olive oil, and add the onions to the pan, stirring them until their edges are also a little charred. Return the meat to the dish with its juices, and stir in the flour (which will help to thicken the sauce). Continue stirring for a minute, then add both cans of Guinness, the herbs and garlic, and the pickled walnuts and their juice. Season, bring to a simmer (hard to spot, this; Guinness gets very frothy when you make it hot), and then put the lid on and put the dish in the oven.

Three hours later, you’ll have a rich and unctuous casserole. The meat will be incredibly tender, dark brown and full of juices. I served it with some mashed King Edward potatoes, with quarter of a pint of boiling milk beaten into them, some truffle-infused olive oil and a sprinkling of thyme. I’d like to try making this with Young’s Chocolate Stout some time; there’s a world of chocolate beer out there just crying out to be cooked with.

9 Replies to “Beef and Guinness casserole”